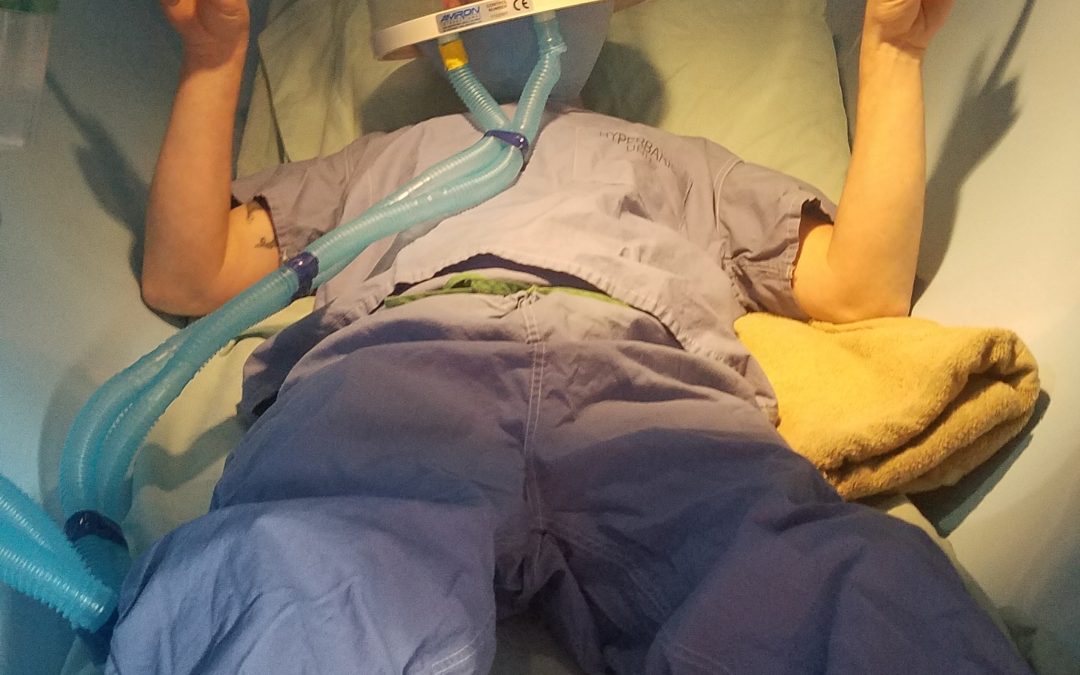 Mountain Hyperbarics was founded by Paul Mattson in Frisco, Colorado in 2007.  He opened the clinic as a response to the overwhelming success he had treating his son who has autism.  Paul wanted to “make hyperbaric oxygen therapy, HBOT, available to all people.”  He quickly got involved with both the Autism Society of Colorado and the Brain Injury Alliance of Colorado, BIAC.  After providing over 1,000 HBOT treatments in Frisco Paul relocated to Durango, Colorado in 2017.

In 2018 Lori Ann Glass, now co-owner of Mountain Hyperbarics, was diagnosed with a traumatic brain injury, TBI, by Dr. Searfus.  Dr. Searfus, soon to be married to Paul Mattson, pointed to where “baby blue” (A Fortius 420 Medical Grade hard-sided HBOT chamber) sat in storage in her clinic and said, “your treatment is sitting right there.”  Paul was gracious enough to train George Glass, now co-owner of Mountain Hyperbarics, on how to operate the chamber.  After 10 sessions Lori Ann’s chronic headaches went away and she was able to sleep 7 hours a night again.  At the end of the treatment program, she “felt better than she had felt since her early 20’s.”

Paul then offered up that he was going to retire and “would we, George & Lori Ann, be interested in opening up Mountain Hyperbarics again?”  Yes of course was the answer!  Soon after opening in 2018 under Paul’s and Dr. Searfus’ tutelage, George traveled to San Antonio to get further training from ATMO International’s, Hyperbaric Medical Team Training.

Now it is 2021 and the clinic in Durango has provided over 2,200 HBOT treatments and added a new mild HBOT chamber.  We have expanded our ability to provide HBOT to more people by becoming providers for America’s Mighty Warriors, Helping Heroes Heal Program, and Vocational Rehabilitation as well as joining Hyperbaric Medicine International, HMI as Professional Members.  The addition of Christian Waelder, a seasoned Paramedic Firefighter, as Hyperbaric Technician to the team rounds out our trained, professional staff.